In 2016, Miskolc was awarded for the third time with the title of “Investor-friendly City”, because it successfully finished the course of the Hungarian Investment Promotion Agency (HIPA).
The entries were rated by the leaders of HIPA and outside experts, following which they awarded 34 Hungarian cities and towns with the title of “Investor-friendly City”, including Miskolc, which previously, in 2009 and then in 2012 received this award. 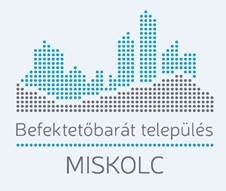